Dr. Green is the Founder and Spiritual Director of Rocky Mountain Insight. She began holding weekly meditation meetings in Colorado Springs in 1989 and was the principal teacher for many years. Under her tutelage, six students have received Dharma transmission. Other students have become teachers at RMI and still others volunteer in supporting the Center.

Dr. Green has been a student of eastern meditation since 1968. In 1970 she lived and studied in India for nine months as an undergraduate in college. In 1975 she began the practice of Vipassana meditation.

In 1979 Dr. Green met her root teacher Ruth Denison, founder of Dhamma Dena, and teacher within the Burmese lineage (teachers U Ba Khin and Mahasi Sayadaw) and launched into an in-depth study and practice of Theravada Buddhism. From 1979-1984 she supplemented her study with retreats and classes held by various Buddhist teachers including Munindra, U Silananda, Jack Kornfield, Joseph Goldstein, Pema Chodron, Thich Nhat Hanh, Rina Sircar, and Christopher Titmus.

From 1980 – 1984, as part of her Ph.D. program, Dr. Green studied intensively at the Nyingma Institute, (Tibetan Buddhist) in Berkeley, CA, including topics such as the Abhidhamma (Buddhist Psychology), Buddhism and Western Psychology and Tibetan Yoga. In 1982 Dr. Green co-created the Buddhist Women’s Sangha, an Inter-denominational Buddhist group, who held weekly sittings, celebrations, monthly one day retreats and a study group.

In 1985 Dr. Green lived monastically for four and a half months in a Theravada Buddhist nunnery in Sri Lanka under the tutelage of the late Venerable Ayya Khema and returned to complete a three-month silent retreat at Insight Meditation Society in Barre, MA.

In 1995 Dr. Green received Dharma transmission from Ruth Dension and entered the Burmese lineage of the Venerable Ledi Sayadaw. Dr. Green is the author of Pathway to Freedom and creator of The Enlightenment Deck, an educational inspirational deck of cards containing the essential teachings of Theravada Buddhism.

Sneath Michele was raised as a Unitarian Universalist where she first began her interest in eastern philosophy, primarily Taoism. When she moved to Colorado Springs in 1990 she joined the Unitarian church. The church offered an introduction to Buddhism course taught by Dr. Lucinda Green.  Vipassana meditation and Buddhism became an instant fit. She began her practice in February, 1998 and has been a Vipassana practitioner ever since. She received Dharma transmission from Dr. Green in October, 2005.

Vic has been a member of Rocky Mountain Insight since the spring of 2002. Before that, he had practiced meditation in the Vipassana tradition for just over thirty years. He received his Master’s Degree in Philosophy (Asian) from the University of Hawaii in 1972, where he studied with Dr. David Kalupahana and visited India, Thailand, and Sri Lanka while on an East-West Center Grant. From 1972 until 2002, Victor worked to develop a sound philosophical foundation for the Dharma, and considers persistence, awareness, trust, and happiness in the Dharma to be especially valuable. Victor has also meditated in the Christian monastic tradition and considers this to affirm the diversity of meditative experience. Victor also volunteers as a dentist with a local hospice and children’s clinic and works as a community health dentist. 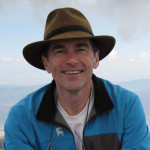 David has been practicing with Rocky Mountain Insight since 2010 and has served as a Practice Lead and Meditation teacher since 2011. His Vipassana practice has helped him see things as they are, and he is committed to RMI’s goal of sharing the Dharma. David is currently serving as President of the RMI Board of Trustees. 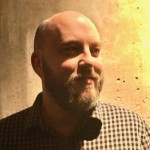 Hane Matt has practiced Vipassana (insight) meditation since 2008. Starting in 2015, Matt became a Practice Lead at RMI and in 2018 moved into a Meditation Teacher role. Matt frequently teaches introduction to meditation, metta-loving kindness and insight meditation classes throughout the year. He facilitates the RMI Dedicated Practitioner Program (DPP) which is a six month program for serious practitioners of Insight meditation to deepen understanding of the Dharma, strengthen practice, and integrate wisdom and compassion into our day-to-day lives. In 2017, Matt founded a Professional and Executive Coaching practice that incorporates mindfulness and coaching techniques to help clients live their best and highest lives. He is available for one-to-one meditation coaching and instruction on a dana basis. Contact Matt via email: [email protected]. 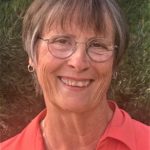 Ananda Marga Callender has been teaching and serving at RMI in a variety of capacities since 2016. She grew up in the Catholic Church and spent 10 years in a Catholic Convent. An ordained Interfaith Minister, she became intrigued with Buddhism in the 1980’s when the book, The Tibetan Book of Living and Dying, by Sogyal Rinpoche literally fell off a bookshelf into her hands. That book was a significant reason why she gravitated toward end-of-life work as her final career. She was trained as a Death Doula through Final Passages and in contemplative approaches to end of life care through Naropa University and the Rigpa Foundation. She found her true home in the Theravada Tradition of Buddhism. Her aspiration is to share the Dhamma with others through teaching and Noble Friendship. She is available to mentor individuals interested in deepening their practice. [email protected]