The legend of the Buddha’s life has been well publicized, and you can find some good sources in this article’s Bibliography.  Although it has been re-told countless times, it is such a charming story that it bears repeating, and this article will also give the story some background. According to legend, the Buddha was the first-born son of a king but left his palace to become a monk, seeking the solution to suffering and death. After a challenging course of training and mental cultivation, he found the definitive solution while meditating.

Background: Like many stories and legends, the stories of the Buddha’s early life can best be approached from an allegorical sense and no one should expect all of them to be literal.* The good news, of course, is that the truth of the legends has nothing to do with the value and coherence of his teachings. The Buddha was clearly a person with noteworthy “beauty of character,” including exemplary integrity, capability, and resourcefulness. He definitively stated he was not a god; our community does not worship him in any way. Nevertheless, he has given inspiration to millions of people in many different cultures. In an era when caste or some other accident of birth determined how people responded to you (as is the case with much of human history), the Buddha accepted people from all categories. He noted that character – not race or clan –mattered. Ideology and dogma were very low in his List of Important Things, and here, too, he can be an example for modern people.

Here’s some background. When the Buddha was born, the central Ganges River region (now in north-central India) was experiencing a rare turn of events. Farmers enjoyed good climate and agricultural methods so they grew enough crops to provide surplus food, enabling the economy to move beyond merely surviving. A reasonably stable security system, based on a disciplined ruling and warrior class, provided some security from banditry, invasion, chaos, and lawlessness, while the governing class seems to have had enough discipline, sense, and forbearance to avoid accumulating excessive resources. Astronomers and astrologers noted a certain regularity in the movements of the heavens, which helped stimulate investigation of the physical world. The cities and towns of the time seem to have had a reasonably good public health and sanitation system to lower the incidence of catastrophic epidemics and diseases, yet not so much that the population overran available resources. As the region moved beyond a grueling subsistence economy, another class of people – wandering mendicants and a priestly class – could focus on what was considered another important issue, which was the human mind and its relationship to a spiritual world. Many problems remained, to be sure, but this was indeed a singular time in human history, and a welcome one for the human spirit.

Legend: At the northern boundaries of this region, around 600 BC, a boy was born, named Siddhartha Gautama. According to legend, the future Buddha was born to a queen of the Koliya clan named Maya, and a king of the nearby Shakya clan, named Suddhodana.  Maya died right after his birth, and his aunt, Pajapati, became Siddhartha’s stepmother and assumed the duties of raising him (Pajapati later became the first Buddhist nun). ** Siddhartha was doubtlessly a curious and strong-willed child, so we can assume she had her hands full. His father was likely a member of the Kshatriya (“warrior” or “ruler”) caste, and Siddhartha would have likely received a good education and the training typical for his caste (indeed, the wordings in subsequent texts shows his familiarity with this type of training). Legend has it that his father tried to groom Siddhartha to be a warrior and future king, and he kept Siddhartha on a short but luxurious leash close to the palace. He married and had a son, and all seemed well enough for his expected career.

One day, though, Siddhartha experienced something transformative.  His charioteer took him for a series of rides through the countryside. Here, Siddhartha encountered a sick man, an aged man, and a dead man, which aroused him to ask his charioteer why they appeared so different from the people he saw in the protected environment of his palace. According to legend, the charioteer had to break the bad news that everyone would suffer this fate, including princes and kings. This depressed Siddhartha, and aroused what would become an obsession with finding the solution to the suffering caused by sickness, old, age, and death.  Suddenly, Siddhartha saw a monk, who had a certain radiance despite viewing the same sights as Siddhartha had.  Siddhartha firmly decided to quietly leave his palace to follow a spiritual path – it was obvious a life of pleasure could never answer the questions of sickness, suffering, and death, and Siddhartha saw something compelling in the monk’s countenance.

The Outcome: As he took up the wandering life of the spirit over the next three years, Siddhartha quickly recognized his princely birth meant nothing to other mendicants. Nevertheless, his training in impulse control and critical thinking – combined with his innate discipline, intelligence, and steely determination served him well, as did the strong element of Compassion which his aunt had showed him. He also decided that things he had mastered in his early training (like logical proficiency, ethical duties, or the martial arts) helped his discipline but could not penetrate the reasons behind sickness, suffering, and death. He soon mastered the highest levels of mystical experience, but found that although they could sharpen his mind, they did not answer the questions of sickness, suffering, and death. He next took up a path of rigid mortification and self-denial, thinking that subduing the senses could give the answer but this, too, proved of little help. Eventually, the Buddha recognized he would need the greatest of all teachers – the skillful observation of his own mind and heart – and he sat down to meditate, resolving to find the answer. After an epic struggle with the demon Mara (“the Tempter”), Siddhartha made a breakthrough discovery. By eliminating the causes of suffering (mainly selfish greed), he could eliminate the effects of old age, sickness, and death. This was not simply abstract understanding, but required integrity and mental discipline. After this breakthrough, Siddhartha had become The Buddha (“The Awakened One”). This Awakening was not something esoteric he alone had discovered, but was part of the operations of Existence and was open to anyone willing to follow the path he had uncovered.

The Results: As the Buddha’s teaching career began, the textual consistency grows stronger and the legends become less prominent.  He decided to share his knowledge (called the Dharma) with others, and he taught for the next forty years.  Others followed him, becoming the community of monks and nuns known as the Sangha. The community interacted with villagers and royalty alike (the monastic community he established is arguably the longest-lasting voluntary organization in human history). His teachings were written in several volumes, following a consistent theme of equanimity, balance, compassion, non-attachment, responsibility, and acknowledgment of impermanence (especially for one’s own psyche).

He summarized his teachings by the phrase, Four Noble Truths (first, life’s conditions brought an inevitable element of Unsatisfactoriness; second, this Unsatisfactoriness was caused by tanha (“thirst”); third, it could be overcome by eliminating its cause; and fourth, there was a predictable path to do so). As do all beings, the Buddha eventually passed away, but not before establishing a teaching which has affirmed the presence of a basic goodness in our existence.

*For instance, excavations at the Buddha’s purported home(s) show a fairly prosperous, egalitarian collection of buildings, but nothing like a palace, and historical documents suggest the Buddha’s tribe was in an area where republics, not hereditary monarchies, were prominent. However, the skeptics have not been able to cast doubt on the value and truth of the Buddha’s teachings, which have stood the tests of time and have been validated by credible experts in many cultures.

**Legend has it that one of the Buddha’s first acts after his Enlightenment was to visit the heavenly realm into which his mother had been reborn, to show her his gratitude for her sacrifice, as well as to teach her the truths he had found. True or not, it gives some insight into the value the Buddha placed on gratitude.

***Siddhartha would more likely have received a sophisticated, cosmopolitan education, with exposures to death and suffering during the course of his training. His emphasis on nonviolence and non-hatred may well have been a reaction to what he would have seen in this training, and he may even have encountered the three men on a battlefield. 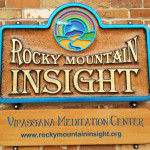